how to dominate your niche

What's better than one? How about 3?!

For as friendly a place Facebook has made itself for publishers like yourself, they certainly have a history of making the conditions under which you can thrive there more difficult.

In 2015, they updated their algorithms based on user feedback, claiming that overly promotional posts from pages were intrusive to the experience of using Facebook.

In 2016, they updated the algorithms again. This time it was to give priority to posts Facebook believed would elicit more interactions (namely, those from friends and family).

In 2017, Facebook “quietly” tested an update to the algorithm that would push all non-promoted posts out of users’ news feeds and into a separate tab. After the swift and harsh feedback they received, they killed the initiative.

Now, in 2018, Mark Zuckerberg has announced their latest update. While there is a lot of talk about wanting to improve people’s moods when using Facebook, what it boils down to is this: posts from business pages will be phased out almost entirely in favor of posts from friends and family.

Keep reading to find out what this means for your law firm’s Facebook page and what you can do to make this social media platform a worthwhile form of marketing going forward.

Facebook has been saying the same thing for years and it always boils down to the same point:

“Our goal with News Feed has always been to show people the things they want to see. When people see content that’s relevant to them, they’re more likely to be engaged with News Feed, including stories from businesses.”

However, what they’ve shown us is that stories from businesses are in fact receiving less and less engagement in the news feed… because they’re not appearing there anymore. Organically, anyway. With each new update to the algorithm, Facebook has essentially told businesses that they need to pay for sponsored posts since users don’t find their content relevant or inviting.

But is that really the case with a business like yours that serves the public? If people have run into your firm on Facebook and actively liked and followed your page, then they must want to hear from you, right?

Based on many users responding to Zuckerberg’s announcement, it looks like both consumers and business page owners are concerned about this very point. Scott Ayres did a good job of summarizing this:

“Businesses built this platform and made it what it is. You’re taking that away more and more every day. Those businesses are also users, don’t forget that. Also small businesses are like friends in little towns. Pages by the Police department, schools, chamber of commerce, city, etc. are super important to see. To squash their Reach and make them pay doesn’t make sense. You need to rethink this.”

Regardless of how Facebook consumers feel about this, Facebook is not likely to reverse course on this decision or algorithm update which means your law firm needs to take steps to keep it from severely affecting your marketing efforts. If Facebook is telling you that your content needs to be more meaningful and engagement-worthy, then that’s exactly what you need to do.

Here are seven ways in which you can reshape your Facebook marketing efforts in the face of these changes:

Even if you struggle to get users to find your content organically in the news feed, your Facebook page is a strong authority in search when users are looking for local law firms.

Encourage your clients to leave reviews of your law firm on your Facebook page as well. Those reviews, again, will help your firm show up in local search results.

You won’t want to beg or entice your followers to engage with your posts as that could work against you. Simply remind them about the changes to the news feed and let them know that if they want to continue seeing updates from you that they can set you as a preferred contact in Facebook.

Facebook conducted a study with Carnegie Mellon University that revealed that users felt better about using Facebook when they actively engaged with others. If your post is only meant to promote your firm or is completely irrelevant to your followers, don’t share it.

Rather than share more content in the hopes of breaking through news feeds, take more time this year to interact with others on Facebook and develop meaningful connections that way. You can discuss topics that your firm specializes in covering or you can provide answers to questions that you’re an authority on.

Facebook says that “live videos on average get six times as many interactions as regular videos.” If they want to see more engagement, this is a great way to do that.

Until the reconfiguration of your Facebook strategy through the above methods doesn’t work or takes a while to kick in (which may be the case), think about moving some of your paid marketing funds over to Facebook. It’ll give you the initial exposure you need to show new and old followers that your posts are worthy of reading and engagement.

This is likely to be very frustrating news for you as a local business owner and marketer. Facebook has always promised to be business-friendly, but more and more are making it too difficult to do so unless you’re willing to pay to play. It might not seem fair at the moment, but with an honest and thoughtful marketing strategy implemented, you can circumnavigate your way around these structures working against you.

We’re getting more clients than ever from our Google strategy.

William White
You were right! Your system / framework is golden. 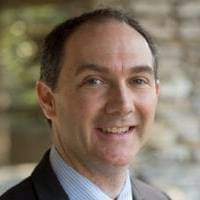 we'll keep it short
get on my calendar
PrevPreviousDoes Your Law Firm Need to Spend $10,000 on a Website? Probably Not.
NextWhy You Shouldn’t Worry About the End Results in MarketingNext
SCHEDULE A ZOOM WITH ME
Facebook Twitter Linkedin
Menu 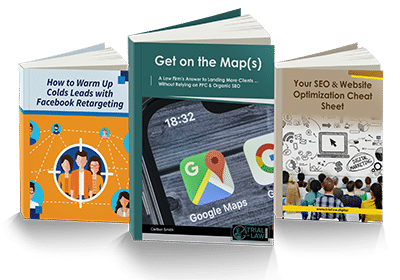